1.
And the children of journeyed
from Rameses to Succoth, about six hundred thousand men on foot, besides the
little ones and their wives.

2.
Also a mixed multitude went up with
them, and flocks and herds, even much cattle.

3.
And the sojourning of the children of
, who dwelt
in the in hard
labor, was two hundred and ten years.

4.
And at the end of two hundred and ten
years, the Lord brought forth the children of from with a
strong hand.

5.
And the children of traveled
from and from and from
Rameses, and encamped in Succoth on the fifteenth day of the first month.

7.
And the children of traveled
from Succoth and encamped in Ethom, at the end of the wilderness.

8.
And on the third day after the
Egyptians had buried their first born, many men rose up from and went
after to make them
return to , for they
repented that they had sent the Israelites away from their servitude.

9.
And one man said to his neighbor,
Surely Moses and Aaron spoke to Pharaoh, saying, We will go a three days’
journey in the wilderness and sacrifice to the Lord our God.

10.
Now therefore let us rise up early in
the morning and cause them to return, and it shall be that if they return with
us to Egypt to their masters, then shall we know that there is faith in them,
but if they will not return, then will we fight with them, and make them come
back with great power and a strong hand.

11.
And all the nobles of Pharaoh rose up
in the morning, and with them about seven hundred thousand men, and they went
forth from on that day,
and came to the place where the children of were.

12.
And all the Egyptians saw and behold
Moses and Aaron and all the children of were sitting
before Pi-hahiroth, eating and drinking and celebrating the feast of the Lord.

13.
And all the Egyptians said to the
children of , Surely you
said, We will go a journey for three days in the wilderness and sacrifice to
our God and return.

14.
Now therefore this day makes five
days since you went, why do you not return to your masters?

15.
And Moses and Aaron answered them, saying,
Because the Lord our God has testified in us, saying, You shall no more return
to Egypt, but we will betake ourselves to a land flowing with milk and honey,
as the Lord our God had sworn to our ancestors to give to us.

16.
And when the nobles of saw that the
children of did not
hearken to them, to return to , they girded
themselves to fight with .

18.
And the nobles of Pharaoh went to and told
Pharaoh, saying, The children of have fled,
and will no more return to , and in this
manner did Moses and Aaron speak to us.

19.
And Pharaoh heard this thing, and his
heart and the hearts of all his subjects were turned against , and they
repented that they had sent ; and all the
Egyptians advised Pharaoh to pursue the children of to make them
come back to their burdens.

20.
And they said each man to his
brother, What is this which we have done, that we have sent from our
servitude?

22.
And Pharaoh rose up and harnessed his
chariot, and he ordered all the Egyptians to assemble, not one man was left
excepting the little ones and the women.

23.
And all the Egyptians went forth with
Pharaoh to pursue the children of , and the
camp of was an
exceedingly large and heavy camp, about ten hundred thousand men.

24.
And the whole of this camp went and
pursued the children of to bring
them back to , and they
reached them encamping by the .

27.
The first division was of the
children of Reuben, Simeon, and Issachar, and they resolved to cast themselves
into the sea, for they were exceedingly afraid of the Egyptians.

28.
And Moses said to them, Fear not,
stand still and see the salvation of the Lord which He will effect this day for
you.

29.
The second division was of the
children of Zebulun, Benjamin and Naphtali, and they resolved to go back to with the
Egyptians.

30.
And Moses said to them, Fear not, for
as you have seen the Egyptians this day, so shall you see them no more for
ever.

31.
The third division was of the
children of Judah and Joseph, and they resolved to go to meet the Egyptians to
fight with them.

32.
And Moses said to them, Stand in your
places, for the Lord will fight for you, and you shall remain silent.

33.
And the fourth division was of the
children of Levi, Gad, and Asher, and they resolved to go into the midst of the
Egyptians to confound them, and Moses said to them, Remain in your stations and
fear not, only call unto the Lord that he may save you out of their hands.

34.
After this Moses rose up from amidst
the people, and he prayed to the Lord and said,

35.
O Lord God of the whole earth, save
now thy people whom thou didst bring forth from , and let not
the Egyptians boast that power and might are theirs.

36.
So the Lord said to Moses, Why dost
thou cry unto me? speak to the children of that they
shall proceed, and do thou stretch out thy rod upon the sea and divide it, and
the children of shall pass
through it.

37.
And Moses did so, and he lifted up
his rod upon the sea and divided it.

38.
And the waters of the sea were
divided into twelve parts, and the children of passed
through on foot, with shoes, as a man would pass through a prepared road.

39.
And the Lord manifested to the
children of his wonders
in and in the
sea by the hand of Moses and Aaron.

40.
And when the children of Israel had
entered the sea, the Egyptians came after them, and the waters of the sea
resumed upon them, and they all sank in the water, and not one man was left
excepting Pharaoh, who gave thanks to the Lord and believed in him, therefore
the Lord did not cause him to perish at that time with the Egyptians.

41.
And the Lord ordered an angel to take
him from amongst the Egyptians, who cast him upon the and he
reigned over it for a long time.

42.
And on that day the Lord saved from the
hand of , and all the
children of saw that the
Egyptians had perished, and they beheld the great hand of the Lord, in what he
had performed in and in the
sea.

43.
Then sang Moses and the children of this song
unto the Lord, on the day when the Lord caused the Egyptians to fall before
them.

44.
And all sang in
concert, saying, I will sing to the Lord for He is greatly exalted, the horse
and his rider has he cast into the sea; behold it is written in the book of the
law of God.

46.
And they journeyed from Marah and
came to Elim, and in Elim were twelve springs of water and seventy date trees,
and the children encamped there by the waters.

47.
And they journeyed from Elim and came
to the wilderness of Sin, on the fifteenth day of the second month after their
departure from .

49.
And the children of ate the
manna for forty years, all the days that they were in the wilderness, until
they came to the to possess
it.

50.
And they proceeded from the
wilderness of Sin and encamped in Alush.

51.
And they proceeded from Alush and
encamped in Rephidim.

52.
And when the children of were in
Rephidim, Amalek the son of Eliphaz, the son of Esau, the brother of Zepho,
came to fight with .

53.
And he brought with him eight hundred
and one thousand men, magicians and conjurers, and he prepared for battle with in Rephidim.

54.
And they carried on a great and
severe battle against , and the
Lord delivered Amalek and his people into the hands of Moses and the children
of , and into
the hand of Joshua, the son of Nun, the Ephrathite, the servant of Moses.

55.
And the children of smote Amalek
and his people at the edge of the sword, but the battle was very sore upon the
children of .

56.
And the Lord said to Moses, Write
this thing as a memorial for thee in a book, and place it in the hand of
Joshua, the son of Nun, thy servant, and thou shalt command the children of
Israel, saying, When thou shalt come to the land of Canaan, thou shalt utterly
efface the remembrance of Amalek from under heaven.

57.
And Moses did so, and he took the
book and wrote upon it these words, saying,

58.
Remember what Amalek has done to thee
in the road when thou wentest forth from .

59.
Who met thee in the road and smote
thy rear, even those that were feeble behind thee when thou wast faint and
weary.

60.
Therefore it shall be when the Lord
thy God shall have given thee rest from all thine enemies round about in the
land which the Lord thy God giveth thee for an inheritance, to possess it, that
thou shalt blot out the remembrance of Amalek from under heaven, thou shalt not
forget it.

61.
And the king who shall have pity on
Amalek, or upon his memory or upon his seed, behold I will require it of him,
and I will cut him off from amongst his people.

62.
And Moses wrote all these things in a
book, and he enjoined the children of respecting
all these matters. 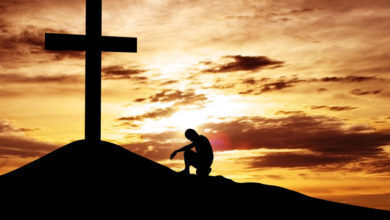